Ford and General Motors signed an agreement five years ago to jointly develop nine- and 10-speed automatic transmissions as a way to lower costs and achieve higher fuel economy amid tightening federal rules. But now, Ford is saying "no thanks" to the nine-speed box developed by its crosstown rival.

Automotive Newsreports that Ford didn't get the expected benefits in fuel economy to justify the added cost and weight of the extra gear, and will instead go with several eight-speed transmissions for vehicles like the Ford Edge and Transit Connect and the Lincoln Nautilus.

Ford is using the 10-speed automatic transmission (called the 10R) — for which it took the development lead — in the 2018 versions of the F-150, including the Powerstroke diesel version, the Mustang (read our reviewers impressions of it here), Expedition and its forthcoming Ranger Raptor pickup, among other models. It's for rear-wheel-drive cars, while GM's nine-speed is for front-wheel-drive vehicles. One of the eight-speeds Ford will instead use is based off of GM's nine-speed unit with a gear dropped, while another, for higher-performance vehicles, adapts a six-speed the two rivals co-developed as part of an earlier partnership.

GM believes its nine-speed adds refinement and a better driving experience, and has introduced it on nine vehicles to date, including the 2017 Chevrolet Malibu, 2018 Chevy Equinox and Traverse, and the Buick LaCrosse. It'll also be optional on the 2019 Buick Envision. Its fuel economy gains have so far been minimal or nonexistent. 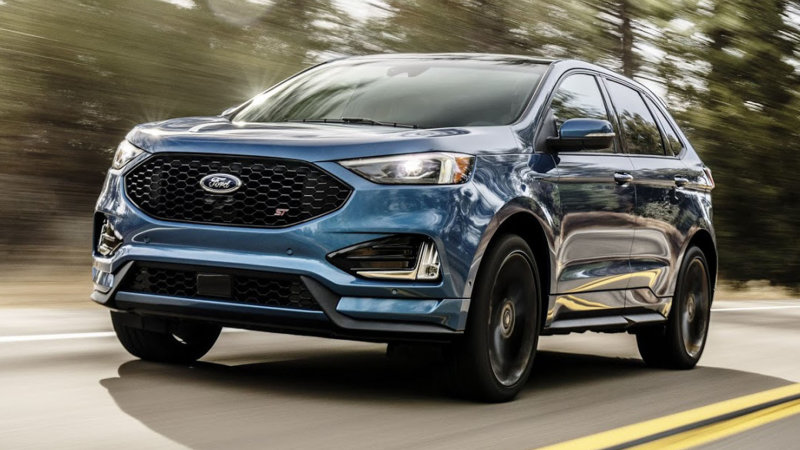